The Harp Switch Stand is the device used to “bend the iron” or move the rails on a stub switch. This post describes how I built a model harp switch stand for the Gilpin Gold Tram. Check out another post (not completed yet) that describes the stub switch itself and shows how the harp switch stand is integrated with the moving rails.

This is a part of my series on how to model the Gilpin Gold Tram which is a unique 2 foot gauge tramway built in Gilpin Colorado in the 1880’s.

I designed the model using Blender at 1:1 scale (i.e. full size). This way, you can export the STL files at different ratio’s and print the harp switch stand for different scales. There are several popular scales for modeling 2 foot gauge railroads which you can read about here. My preferred modeling scale is 7/8’s or 7/8 inch to the foot and so the images you see here are for that scale.

The drawing above illustrates a typical harp switch stand from that era used by the Union Pacific (note the UP marking). This provides a general idea of the dimensions for the switch stand.

Here’s a closeup of the harp switch stand from the Ferrell book. I think I’ve captured the design fairly well but probably need more detail on the “pivot” hole in the center of the stand. There also appears to be lettering at the top but I can’t make out what it is.

Here’s what the 3d model looks like in Blender. The throw bar and linkage isn’t shown in this screenshot.

This is a screenshot from the Lychee slicer (I use the free version). It’s angled at 45 degrees with automatically generated supports.

Here it is fresh off the printer. I use a Mono 4k resin printer. For a first try this came out pretty good.

Now we see it off the sprue and ready to finish!

If you want to see how this is installed on the stub switch check out this post. If you are interested in the STL file hit me up on LinkedIn or leave a comment below. I also post on the SE Lounge which is a great forum for light industrial railways.

How To Design And 3D Print Gears Using Blender

This post is continuously updated with useful links, reference material, and maps related to the Gilpin Gold Tram.…
Read More 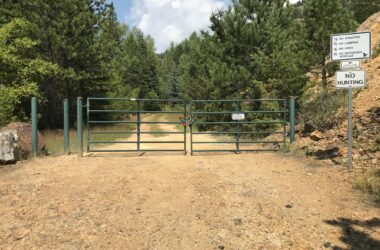