This post will go through a number of steps you should take for a basic Raspberry Pi setup. Regardless of what type of project you are envisioning for your Raspberry Pi, these are the basic setup steps you need to take to get started. This post is actually an index into a number of posts with detailed instructions on how to accomplish a certain task.

I work with a Raspberry Pi Zero W but everything in this post applies well to all forms of the Raspberry Pi. The Zero is nice because it doesn’t cost much and has enough computing power for most hobby projects.

It is likely that your Raspberry Pi project will be headless. In other words, there won’t be a keyboard/monitor attached to the RPi. Since this is the case, you will need to work on the RPi from another computer which is typically a desktop/laptop computer. I use a Windows laptop to work on headless Raspberry Pi systems, but you might have a Mac or LInux box. The basic setup tasks outlined in this post relate to how to work with a headless Raspberry Pi’s.

The first thing I’ll suggest is that you learn how to burn a new copy of Raspberry Pi OS onto an SD card. It’s possible that you purchased your Raspberry Pi with a pre-installed OS on an SD card. This will get you started but you might find two issues. First, you will need to upgrade the OS from time to time. Second, the SD card itself is probably small so you might not have enough disk space especially if you’re working with the camera and taking lots of pictures. Fortunately, the solution is pretty easy, just download the Raspberry Pi Imager to your laptop/desktop and you’re ready to go. For more details on how to use the Raspberry Pi Imager and how to install the Raspberry PI OS then view this post.

How To Use the Raspberry PI Imager

Learn How To SSH Into A Raspberry Pi

How To SSH Into A Raspberry Pi

How To VNC Into A Raspberry Pi

SSH is fine, but you only get a command line driven terminal window. What if you want the full GUI desktop interface that comes with Raspberry Pi OS? This is especially important if you want to run Thonny and do some python programming on the Raspberry Pi. Fortunately, the good people at Raspberry Pi have preinstalled a non-commercial version of RealVNC’s virtual network computing server on your Raspberry Pi. This will allow you to run the full Raspberry Pi GUI on your laptop just as if you had a monitor and keyboard attached to the Raspberry Pi. To find out how to VNC into your RPi check out this post.

How To VNC Into A Raspberry Pi

How To Create A Remote VNC Connection To A Raspberry Pi

The VNC software supplied with the Raspberry Pi is great but the basic setup described above assumes that your laptop/desktop is on the same local network as the Raspberry Pi. But what if you are building a security system and you want to monitor what the RPi camera is seeing from a remote location (like many popular home security systems). Another example is using the Raspberry Pi to remote control things in your house. The whole idea of remote control is that you are in a remote location, in other words, your laptop computer is on a different network from the Raspberry Pi and you need to go through the internet to connect the two. Fortunately, the VNC software has a great solution for how to create a remote connection. Read this post to find out how.

How To Create A Remote VNC Connection To A Raspberry Pi

That’s it for now. As I add more content related to basic Raspberry Pi setup I’ll update this page as well.

How To Add Punctuation To Audio File Transcriptions

How To Convert Microphone Speech To Text Using Python And Vosk 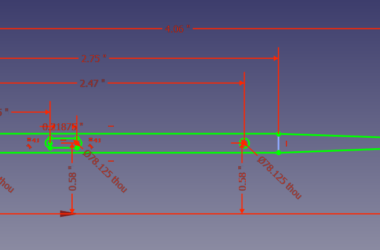 How To Create An SVG File For Laser Cutting

This post will describe how to create an SVG file for laser cutting. We will be using the…
Read More

How To Convert Latitudes and Longitudes For A Fish Finder 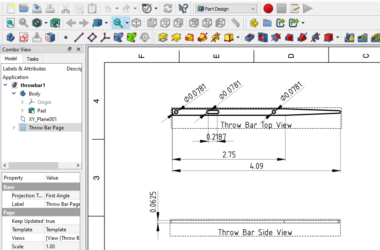 Getting Started With FreeCAD

This post will discuss getting started with FreeCAD with an emphasis on 3D printing. We will start with…
Read More